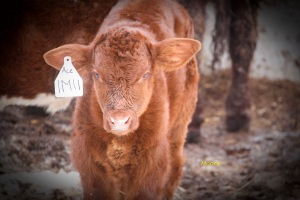 What time is that you may ask? IT’s calving season!!! One of my favorite times of the year, partially because I am the one at school and not losing hours and hours of sleep, but seriously, I love see all the new show prospects and herd builders born every year. So far, we have had around 20 calves with 5 of them being white calves (which is the most we have had in a long time). This calving season is also particularly exciting because we are having the first calves out of our new bull from Canada…Muridale Bonanza. It will be exciting to watch his progeny grow and to see what they will offer to our herd.  We are also having the first calves out of some A.I. sires we used including: Ace of Diamonds and Captain Obvious. I was lucky enough to get to go home for 24 hours last weekend to see the babies we had and get to take some photos so I will attach those below. However, we have just began our calving season and still have a long ways to go… I hope it continues to go well for my family..